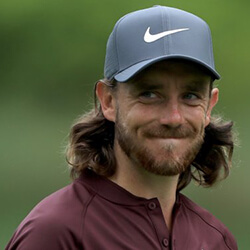 English Tommy Fleetwood claimed a seven under 65 and now shares the lead of the Players Championship with Keegan Bradley after finishing the first round at Sawgrass. 28 year old Fleetwood hit six birdies during his last nine holes, and came home with 30 shots, just one off of the record for the tournament. American Bradley claimed six birdies, as well as an eagle and a bogey at the Florida course.

They are both one shot in front of South Korea Byeong-hun An along with American Brian Harman, while Northern Irish Rory Mcllroy is a stroke behind. Mcllroy made a bogey free 67 and is currently in tie for fifth place with Americans Ryan Moore and Vaughn Taylor. Talking about his success so far, Fleetwood told reporters that he had played well all day, apart from hitting a poor tee on 14, although he said he got away with it. He continued by saying that the course doesn’t make the player feel comfortable, and that there are always a bad shot from struggling to make par, and that it’s one of the courses that’s an ultimate test in the sport.

English players Ian Poulter and Matt Wallace both carded a three under 69 alongside Dustin Johnson and Spanish Jon Rahm and Sergio Garcia. Tiger woods is behind by a shot on two under, which makes him level with Scottish Russell Knox, as well as England’s Matthew Fitzpatrick and Australian Adam Scott and Jason Day.