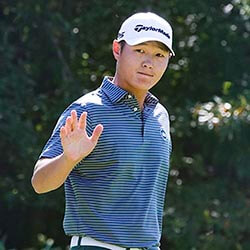 The final five remaining spots were filled following the conclusion of Tuesday’s (NZ time) Tour Championship, with the competition’s top five points finishers having all earned entries into the Open, which will be played in New York from September 18 to September 21. The other four remaining spots were secured by Sebastian Munoz from Colombia, and U.S. players Tyler Duncan, Mark Hubbard, and Brian Harman. The 2020 US Open will be the Kiwi pro-golfer’s third – this after he missed the cut in 2015, and in 2016 finished tied for 57th place.

Lee had a total of three Top-10 finishes on this season’s PGA Tour – including a stunning runner-up finish in Nine Bridges-hosted CJ Cup. He also recently finished tied for 18th place-finish at the Northern Trust and tied for 33rd at the BMW Championship.

Lee will be joined at the upcoming US Open by fellow Kiwi Ryan Fox. The latter enjoys an automatic US Open entry following his 2019 Australasian Order of Merit win. The son of legendary All Black fly-half Grant Fox, Ryan Fox turned professional golfer as recently as 2012.

The 33-year-old only four days after arriving in the UK for golf’s July European Tour managed an impressive Top-10 finish in the legendary British Masters. He now counts qualifying for next year’s Tokyo Olympics among his immediate future goals, and says he hopes to achieve this by earning enough points from a total of 12 tournaments booked between August and the end of October.