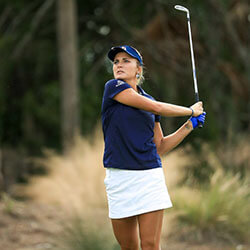 Lexi Thompson has won the Tour Championship ahead of biggest contender Ariya Jutanugarn. Thompson managed a final-round 70 that allowed her to finish at 18-under 270, winning the season-ending Tour Championship by four strokes from Nelly Korda.Thompson’s victory makes it the sixth consecutive year that the player has won at least once, which has become the longest active winning streak on the LPGA tour. In a statement made after the event, Thompson told reporters that it was gratifying, and that it was a special event for her as she grew up in Florida.

Jutanugarn claimed the other big prizes that were up for grabs, including the young-long Race to the CME Global Prize, which came with a $1 million bonus, along with the Vare Trophy, which she earned for winning the season’s scoring title. The current World No.1 Thai player had already been given the Player of The Year award, and finished this year’s season with a 69.415 scoring average, just pushing aside West Australia’s Minjee Lee, who herself averaged 69.747.

Jutanugarn’s latest saw her shoot a 6-under 66, finishing the week tied for fifth at 12-under 276. She stated afterwards that she was happy with the result, and very proud of herself for her performance.

World No.5 Lee finished with a 70, giving her the chance to take a share of 37th at one over. Fellow compatriot Katherine Kirk was the top player for Australia finishing with one under in a tie for 27th.