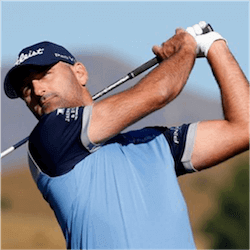 Michael Hendry has not only made New Zealand proud by being the first Kiwi to win the New Zealand Open since 2003, but has also secured a highly coveted spot at The 146th Open Royal Birkdale.  Hendry, a superb golfer and winner of the 2012 and 2013 New Zealand PGA, has come close to qualifying for the Open many times in the past – but never quite.

He finally made the cut to compete in The 146th Open by securing a place among the top 4 at the Road to Open Mizuno Open on the Japan Tour earlier this  year.  In fact, Hendry did better than just qualifying – he finished runner-up.

Hendry breathed a sigh of relief, relaying to the press how he had finished one shot outside the cut a couple of times.  His turn, it seems, has finally come.

Hendry also moved up to 21st place on the Japan Tour Order of Merit.

He went on to say that playing The Open has been a dream for as long as he could remember.  He especially loved The Open for its rich historical heritage.

The 146th Open Royal Birkdale Expected To Be A Special One

The 146th Open Royal Birkdale will be contested for the 10th time this year at the Royal Birkdale Golf Club, Southport, England.  156 players will be competing for the most coveted award in the Golfing world – winning The Open.

The road to The Open is paved by The Open Qualifying series – and takes place at 15 world-class events in 10 countries.  Events include The PGA Tour, European Tour, PGA Tour of Australasia, Asian Tour, Japan Tour and Sunshine Tour.

Getting to play The Open is no easy feat.

The Open is revered by golfers for its rich historical value.  Royal Birkdale certainly compliments The Open well, having hosted The Open for the first time back in 1954.  Peter Thomson walked away victorious that year, going on to repeat the win in 1965 – again at Royal Birkdale.

The Open is the oldest of the four major championships in professional Golf – and the only major outside of the United States.  Winners are awarded The Golf Champion Trophy, better known (and lovingly referred to) as the Claret Jug.

The battle for the Claret Jug is fought over four days and 72 holes, annually during mid-July.  The very first Open was played on 17 October 1860 at Prestwick Golf Club in Scotland.