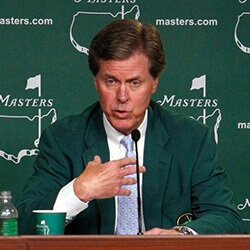 Fred Ridley, Masters chairman has recently made the announcement during a Wednesday morning press conference that they may have a new tradition in the Augusta National.

This new tradition comes in the form of a women’s amateur tournament. The tournament, which will end the weekend before the Masters starts, will feature some of the best women amateurs from across the globe, of which 72 will officially participate.

The event itself will consist of three rounds, which will be held at Champions Retreat, situated in Evans. It will span over the course of the first two days, with the last round taking place at Augusta National.

Ridley stated the importance of advancing the game of gold to more people, allowing it to grow. Ridley claims that the idea was hit, and that he presented it to other senior members in October of last year.

Some, like fifteen year old Lauren Welsh who lives in New Jersey, believes that this tournament will allow her to successfully become part of the golfing world, an opportunity that would have been otherwise extremely difficult to obtain before the announcement. Many others echoed these thoughts, believing it was a decisive step forward for female athletes.

The news of the new tournament was met with overwhelming positivity not long after it was announced at the Masters. It’s proximity to the Drive, Chip, and Putt contest was also received well, with many feeling that it offered the girls participating a better chance at breaking into the sport.