The Open Has Opened At A Royal Birkdale 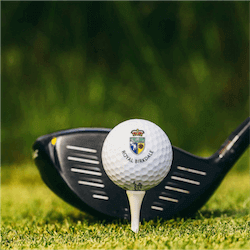 United States In The Lead After Day 1 At Birkdale

Jordan Spieth from America is off to a dream start, having moved into a share of the lead with fellow American Brooks Koepka.  Spieth shot a flawless five-under-65 during the opening round of the 146th Royal Open Birkdale.  Spieth seemed particularly pleased with his drive and composure, saying that even when he had missed certain drives, it was mercifully done in positions from where it proved easy to get back onto the greens.  He also said that it was really nice to round up Day 1 Bogey-free.

The World No. 3 seemed pleased with his putting speeds on the greens too – with Birkdale’s greens playing very differently from what he was used to when playing on the PGA Tour.

Koepka kept up with Spieth every step of the way, despite having taken a planned four week break leading up to Birkdale.  He seemed to think that he could have done even better than his performance during the opening round, but was overall quite pleased with how it played out.  He said that despite not having played links golf leading up to Birkdale, he enjoyed having to draw on his creativity and imagination in order to make the best of the more challenging shots.

Stenson Postive Despite The Hassle Of Breezy Conditions

Title defending Champion Henrik Stenson seemed not too perturbed by his opening result of 69 (one under par).  The Swede ended up trailing the two Americans by four shots.  Stenson said that he was happy with the opening day’s work, and that it certainly was no easy feat playing The Open.  He also said  that he was happy to try to retain hold on the Claret Jug, despite his long game needing a bit of styling – especially in Birkdale’s breezy conditions.

England’s Ian Poulter seemed to share Stenson’s sentiments about his own performance during Day 1 at Royal Birkdale.  He put his stellar performance down to proper preparation on the evening prior to opening day – having plotted and planned with the yardage book and course layout in hand, avoiding imaginary bunkers and reviewing the weather for the following day.

Poulter especially enjoyed and appreciated the support received from the crowd, saying that it meant a great deal more to players than what the fans realised – providing that extra bit of buzz and energy out on the greens.

Poulter and fellow Englishman Matt Fitzpatrick – having not had a bad opening round himself – both verbalised that they were looking very much forward to Round 2.