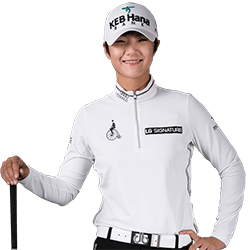 South Korean Park Sung-hyun has finished on 15 under two and won the Women’s World Championship by two shots while playing in Singapore. The 25 year old two time major winner started her day four shots off of the lead, but claimed nine birdies in an eight under 64.

Her closest challenger was Australian Minjee Lee on 13 under. Thailand’s world number one Ariya Jutanugarn, who held on to a one-shot overnight lead, closed the day with 75 to finish in joint eighth on eight under along with English Jodi Ewart Shadoff.

Ewart Shadoff, who only managed one bogey for the opening three rounds, starting her day with two shots off of the lead, dropped a shot at the first. She then was able to cancel that with a birdie on the ninth, but double-bogeyed straight after the 10th to effectively end her time in the tournament.

Park was soaring up the leaderboard after she holed five birdies in the opening seven holes. Another bogey on the eighth was wiped clean by a sixth birdie of the day on the 10, and another three under her name took her clear of Lee. Australia’s Lee picked up four shots in her 12 holes, and kept the pressure but was ultimately only able to register four pars after a bogey on the 14th, finishing in second place. England’s Bronte Law finished on one under while Georgia Hall on two over Charley Hull’s seven over 79.