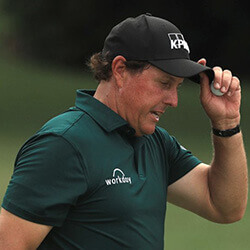 Mickelson has praised his time spent at Shinnecock Hills, but the five-time major winner has also stated that he does not believe in all the changes that have been taking place at the US Open.

The player is set to play 449 yards longer than what he played when he was last at Shinnecock in 2004, and while he believes that the added length is good in some areas, such as on the par-four 14th, he also believes that it does not benefit the par-five 16th.

He told reporters that he’s a fan of making the easy holes easier and the hard holes harder, which is why he approves of officials lengthening the 14th. He believes that it forces players to make up extra strokes on the course by creating extra pars, which ultimately adds to the challenge for the player.

The lengthening of the 16th has not garnered the same praise however. Mickelson explained that he believes that the course should have some birdie opportunities, and that to eliminate that on one of the few courses that allows it is something that he does not agree with.

This isn’t the first time that Mickelson has criticised the changes made at the US Open, which is usually aimed at the US Golf Association, who are responsible for making courses more challenging. In 2004, he called out the seventh at Shinnecock for being almost impossible to putt on; although he has admitted the difficulty of their job.