Rory Mcllroy Ahead In WGC-Mexico Championship 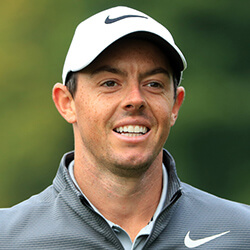 Northern Irish Rory Mcllroy carded an eight under 63 to take the one shot lead for the opening round of the WGC-Mexico Championship. The 29 year old, who is currently world number eight, began the game at the 10th and posted an eagle and even birdies.

American Dustin Johnson is in second place after a bogey free 64. Englishman Tyrrell Hatton claimed four biddies on the back nine in a 67, but defending champion Phil Mickelson had eight bogeys for himself, as well as a double in a 79.

Mcllroy, who has seen victory in the las5 of his 14 PGA Tour titles at the Arnold Palmer Invitational during March last year, eagled his 10th after a two iron tee shot to five fee while at the 307 yard par four. He was clear by two after pitching to three feet from 123 yards at the 13th, before he dropped the only shot of the round at the 15th after his drive was obstructed by trees.

After the match, Mcllroy told reporters that he felt fairly stress free, but he didn’t say it felt easy, adding that he hit a lot of good shops, and left himself with a lot of tap-ins for birdies, and then had a nice eagle on the first hole as well. The four time major champion continued by saying that he’s excited about the way he’s been putting for the last few weeks, and is working on building up from last year.