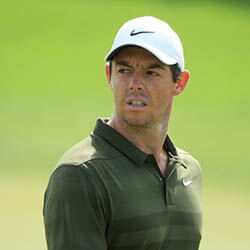 Rory McIlroy defeated Brooks Koepka to earn his fifth PGA Tour Player of the Year award. Voting for the prize was available to teams competing in the 2018-19 season and at least fifteen formal FedEx Cup events. While the Tour did not publish total votes and announced McIlroy’s victor over Koepka, Matt Kuchar and Xander Schauffele in alphabetical order, McIlroy and Koepka had long been regarded as a two-man race. McIlroy did not claim a major title for all of his achievements last season while Koepka won the PGA Championship and remains the world’s top-ranked player.

McIlroy is the second golfer to win numerous FedEx Cup titles following Woods in 2007 and 2009. The Northern Irishman also won the Players Championship and the RBC Canadian Open while leading the tour with a scoring average of (69,057), top-10s (14) and complete runs (2,551). McIlroy, 30, also received the 2012 and 2014 Jack Nicklaus Player of The Year Award. He’s the third player in history to win the Players, a major, the FedEx Cup, and a World Golf Championship event, joining Woods and Henrik Stenson from Sweden.

The 21-year-old tied for 19th in the FedEx Cup standings, joining Stewart Cink as the only player to be named Korn Ferry Tour Player of the Year and PGA Tour Rookie of the Year in consecutive seasons. At the Arnold Palmer Invitational in March, he produced 26 out of 35 starts during his rookie season; registering seven top-10s, with his highest result a tie for fifth.