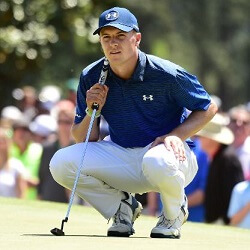 Jordan Spieth, former Texas Longhorn, has committed to playing the 2018 World Golf Championships-Dell Technologies Match Play. Spieth, who won a 2012 National Championship in Texas, will be coming back to what he has described as his favourite city in the world. The Match Play takes place from the 21st of March to the 25th, at the Austin Country Club, and there are sure to be many Spieth supporters in the crowd.

Spieth stated that Austin was a second home to him, and the only other place that he had actually thought of this way. He said that he loved coming back to Austin, and that is was an amazing city. He called it beautiful, and stated that he felt it encompassed everything he loved in a city.

Spieth will be joining what is set to be one of the strongest fields of 2018, with 2017’s FedEx Cup champion and current leader Justin Thomas, defending champion and world-ranked No.1 Dustin Johnson, and the 2015 WGC-Dell Technologies Match Play winner Rory Mcllroy already having committed to the field.

Spieth is the FedEx Cup champion from 2015, and an 11-time winner of the PGA Tour. He has made four career starts in the WGC-Dell Technology Match Play event, but has not yet made the semi-final round on Sunday. His best effort so far came during his first appearance back in 2014, where he only fell out in the quarterfinals 4&2 to South African Ernie Els.