All Thanks to McCormick For Jordan Spieth 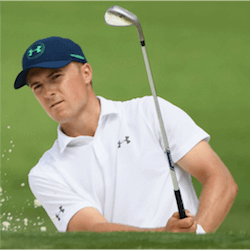 It would be interesting to know exactly how many fans are following this year’s Australian Open mainly to watch one man play: Jordan Spieth.  Spieth has found a home in the hearts of Australians not only for his golfing prowess but also for his well-publicised love for the country.  A love that would most probably never have grown to the extent that it has, had it not been for Spieth’s long-time Aussie swing coach Cameron McCormick.

McCormick has been coaching young Spieth since his very early days and has not stopped talking with the youngster about the lavish beauty of Australia’s golf courses as well as instilling in Spieth the same love for golfing history that makes his (McCormick’s) own heart beat just a little bit faster.

Spieth visited Sydney for the first time in 2014 and it was the start of a love affair that would ultimately have a ripple effect in the world of golfing.  Spieth will be visiting Australia for the fourth time this week as he competes in the Australian Open.

Other great names who have been known to compete in the Australian Open are Rory McIlroy, Tiger Woods and Dustin Johnson.  However, these men only saw fit to visit Australia and grace the greens of the Australian Open once or twice in the scope of 40 years, whilst Spieth will have been back a whopping four times in as many years.

McCormick, who has been Spieth’s coach since he was 12 years old, says that he could not help but talk with the youngster about the beautiful country and its amazing golf courses.  This has instilled an unusual passion for Australia in the world champion; unusual because the kind of love that Spieth holds for the country isn’t usually the norm for American players.

Spieth Nothing Short Of World Class

Spieth has shown himself to be a very practical and logical player.  His victory at Royal Open Birkdale (British Open) was a true testament as to what the make-up is of a player like Spieth.  Most importantly perhaps, he has what it takes to get himself out of a technically difficult spot.  Case in point being the precarious situation at the 13th at the British Open when he had to make a series of decisions that might have had an altogether different (and less successful) outcome had those decisions been made by a lesser player.

The truth is: Spieth makes knotty shots seem like a walk in the park.