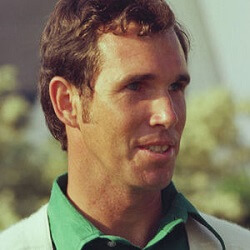 World Golf Hall of Fame legend Hubert Green has recently passed away due to a long battle with throat cancer. The golfer was 71 when he finally succumbed to his illness, and is famed for winning the US Open despite receiving a death threat at the time.

Green was a native of Birmingham, and those at the PGA toured praised Green with “a unique, low-hands, quick-tempo swing and steely determination. Over the course of his early career, Green won 19 victories after being rookie of the year in 1971.

Green’s most famous win took place in 1977 at the Southern Hills Country Club in Okla. Green took the one shot-lead after three rounds, after which he carried the lead all the way through 14 holes. USGA Officials warned Green that they had received a threat that he would be shot before reaching the 15th hole. Despite the uncertainty of the threat, Green chose to continue playing, and went on to win the tournament by one stroke over opponent Lou Graham.

Only a year later Green would be forced into a playoff with Gary Player at the Masters, which saw Green miss a 3-foot putt on the 72nd hold. He would attain later victories, notably in 1985 at the PGA Championship, which was also the last PGA Tour win for the beloved golfer.

Green is survived by his wife, three sons, two stepsons and multiple siblings, as well as his loyal bulldog, Louie.