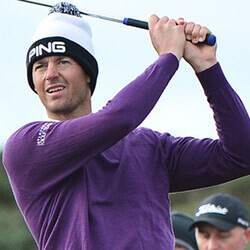 Rookie Victor Perez, who is 27 years old, has claimed first place at his 29th appearance after he posted a final round of 70 at St Andrews. The rookie golf player stated that his maiden European Tour title at the Alfred Dunhill Links Championship has proven to him that he is able to play at this level. He narrowly missed a 12 foot birdie putt during the last of the stage, but thanks to a close par, he was able to push through to the win by one shot, edging out England’s Matthew Southgate. Southgate finished alone in second with 21 under after he parred the last.

Talking to reporters, Perez said that he could not have been happier with his first win at the home of golf. He added that it has proven that he is able to do it at this level, and sometimes it’s possible to play poorly during a game but still end it with a strong finish.

Perez stated that he lives close to St Andrews in Dundee, and that winning there had made the achievement mean so much more for him. Northern Ireland’s Rory Mcllroy shot a final round of 67, but it was only enough to earn him a joint 26th finish. Fellow Ryder Cup teammates Tyrell Hatton and Tommy Fleetwood were three and five shots off of first place respectively, while Justin Rose finished further down the leaderboard with 14 under par.