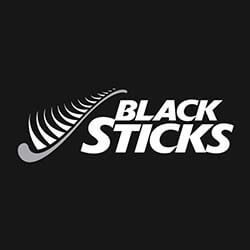 New Zealand’s Black Sticks are finally due to make a long-anticipated return to international hockey, and back home, no less, when both the men’s and the women’s sides take on Australia in four games each in Palmerston North.

The games to be played will form the totality of the Trans-Tasman series at Massey University at the end of May – for both the men’s and the women’s sides their first international matches in over a year due to the ongoing global health crisis. The upcoming series will also act as the final selection event before this year’s Tokyo Olympic Games.

For the Black Sticks women’s side, the series will be even more of a celebratory homecoming event, with the side not having played at Palmerston North since 2014. The men, too, will be returning after a long time away, with the men’s side having last played at the venue in 2009 against Malaysia.

For Black Sticks goalkeeper Georgia Barnett, who is originally from Palmerston North, the homecoming will have a significantly personal touch. The star playmaker said she’s excited about making her return to the international arena, and even more so since she’ll be playing at home. According to the 26-year-old, New Zealand has been trying for quite some time now to organise a contest against Australia, but without knowing exactly where the competition would be played.

Both Black Sticks sides have been training and playing as if Tokyo remains a done deal, and so they’ve said they’re more than ready for the upcoming games against their Australian counterparts.