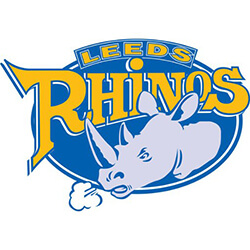 The Leeds Rhinos netball team will be joining the Vitality Netball Superleague for the 2021 season. The team, which is self funded, launched in 2017 and have been given a licence to become a franchise. Director of netball, Anna Carter, told reporters that the Superleague is the icing on the cake and that they can’t wait to take part in the event.

The team is a part of the Leeds Rhinos family that incorporates men’s women’s and wheelchair league teams, primarily in rugby. The team was originally launched with the intention of taking part in the Superleague franchise, with the Under 19 team finishing in fourth place for the their debut season earlier in the year while participating in the National League.

Carter, adding to her statement, said that they are delighted with the news, and that it follows a lot of hard work from people that have worked on the application. She added that they know that time will fly and that the lead in will give them the chance to plan for a successful debut in the league.

The Leeds Rhinos Netball team will be playing their home events at a number of different venues from the beginning of 221, which will include the Leeds Beckett University, the First Direct Arena, and the English Institute of Sport in Sheffield. The news comes as the official Squad list of the Netball World Cu 2019 have been released, with 16 teams taking part.