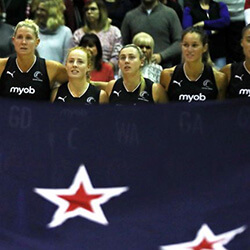 New Zealand has 11-time champions Australia by a single goal for the 2019 Netball World Cup final that took place in Liverpool. It proved to be an extremely tense final and came down to the last few seconds and a single goal, which saw the Kiwis prevail with a total score of 52-51.

It was the fifth world title for the Silver Ferns, but their first since 2003 as they finally put an end to the dominance of the Diamonds. England claimed a bronze with a 58-42 victory against South Africa for their play-off match earlier on the same day. The win for The Rose’s was fairly routine compared with the game that took place between the Trans-Tasman rivals who had been competing against each other for the sixth successive World Cup final match.

The teams were evenly scored by the time half-time was announced, and New Zealand entered the third quarter of the match powering into a seven goal lead while an audience of 8000 strong cheered them on. Australia had reached the final match unbeaten in the series so far, and had defeated the Silver Ferns for their last group stage game by a single goal.

But the seasoned team fell under the pressure, and with three minutes remaining, a mistake made by shooter Caitlin Bassett and wing attack Kelsey Browne left the team battling to gain any ground, and New Zealand secured the turnover that saw them run the clock down.