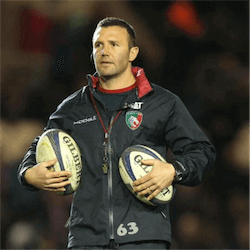 Former All Blacks midfielder Aaron Mauger has been confirmed as the newest Head Coach for the Highlanders.  The announcement came as no surprise, with Mauger being the obvious man for the job – having played 46 Tests for the All Blacks as well as having been the attack coach for the Crusaders for the period 2013 to 2015.

The 36 year old will be replacing Tony Brown after having pipped former Huricanes coach Mark Hammett to the post.

Mauger seemed excited and ready for the task before him, saying that he was stoked about joining the Highlanders, especially since there were already solid and impressive structures in place – thanks to the incredible job done by the other coaches, and that his role was basically to assess where the group was at and that it was all very positive.

Aaron Mauger will be the 10th head coach to be appointed for the Hurricanes.

The Road So Far

Mauger finished his playing career with Leicester in 2010, before returning home to Christchurch to take up an assistant coaching job with Canterbury’s NPC.

Between 2013 and 2015 he stood tall as the attack coach for the Crusaders, working under head coach Todd Blackadder.   A trying time followed his career with the Crusaders, when he was dismissed as head coach of English premiership side Leicester – two thirds into a three year contract.  When asked about the reasons for the early termination, Mauger responded by saying that it came down to different strokes for difference folks – with the club wanting to move forward with a different structure, one which he was not to be a part of.

He went on to say that he never did see the early termination as a failure – but rather as an opportunity instead.  An opportunity that has now come knocking.

Mauger will be backed by Hammett, manager Jon Preston and assistant at the helm, Clarke Dermody.  Mauger will no doubt be a key deciding force when appointing a new defence coach by end of August, despite only officially starting work in September.

Chief executive of the Highlanders, Roger Clarke, said the decision to appoint Mauger as new Head Coach was an effortless one, without too much ado.  Mauger was apparently practically handed the job on a silver platter as he was by far the best man for the job of taking the Higlanders forward into the 2018 season.

His official first day at work will be September 1st.