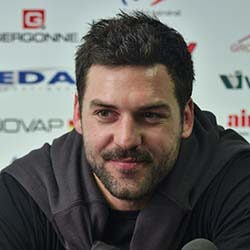 France forward Kevin Gourdon has been forced into early retirement by a heart problem. Gourdon, who is 31, once accused the All Blacks of cheating. He’s known to have played some of his best rugby against New Zealand.

According to the Frenchman, who confirmed his condition and decision to retire on his La Rochelle club’s website, the news is “brutal” but unavoidable. He said since he’s not able to control the situation, he will have no regrets. The time has come to embrace a new chapter in his life, he explained, which he said he’s sure will be every bit as fulfilling as what his rugby career has been.

The star forward won 19 test caps while playing for France, five of which were won against the All Blacks.

One of his best performances came against Kieran Read’s All Blacks in France’s nail-biting defeat in Paris in 2016. He was hailed for this stellar performance by French great Olivier Magne.

In 2017, Gourdon was cited for a shoulder charge during New Zealand’s 38-18 win in Paris. He was however later cleared of all charges of dirty play.

Then in 2018, the Frenchman caused controversy when he accused the All Blacks of having gotten the “rub of the green” from referees. He said at the time while the All Blacks are definite cheaters, they get away with it with the referees because of their playing such good rugby.

Gourdon played his last test for France in Dunedin in 2018. He has been playing for La rochelle since 2012.