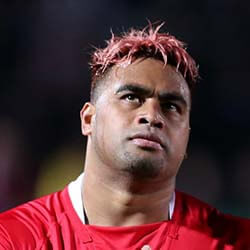 Former Tonga and Blues halfback Taniela Moa has died. He was only 36 and is understood to have died after a sudden medical event on Thursday morning.

Born in Tonga, Taniela played 58 matches for his province between 2005 and the present day, while also helping his team to two NPC title victories. He played a total of 27 games for the Blues between 2007 and 2010.

Paying tribute to Moa on social media this week had been Auckland Rugby. The organisation said its thoughts and condolences went out to Moa and his family during this difficult time. Commenting also had been ex-Tonga captain Nili Latu, who said he had been absolutely shocked to learn of the sudden passing of his friend. He said he had seen Moa as recently as only last week when the pair had been shooting the Moana Pasifika video for the season.

Moa earned an impressive 21 caps for Tonga, which included a World Cup appearance in 2011. He also played for the Chiefs for a single season and competed for Bay of Plenty.

The proud Tongan came close to being selected for the All Blacks when he was called up as an injury cover in 2008. He however never got to take to the field.

According to Latu, Moa was a character on as well as away from the field. He said while he had been a family man and loved to laugh and make jokes, he turned into an absolute beast whenever he played for his country.