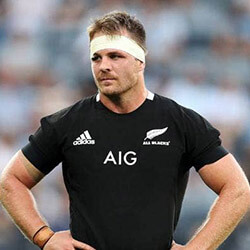 All Blacks captain Sam Cane says that although he believes New Zealand Rugby are looking after their players, he cannot help but feel worried about his future health after suffering several knocks and blows to the head.

The lawsuit previously brought against World, Wales, and England Rugby – by former players alleging a failure on rugby’s part to protect them – has in the meantime attracted several more co-plaintiffs; including ex-England international Steve Thomson. The 42-year-old has been diagnosed with an early onset of dementia as well as a high probability of chronic traumatic encephalopathy. Thompson allegedly suffers from chronic mood swings, headaches, and other complications resulting from several concussions sustained during his professional career.

Cane has reportedly suffered several concussions himself, and has also played with various teammates who have been forced to retire as a direct result of either head injuries or the presence of persisting concussion symptoms. Cane however says he believes that although there wasn’t enough information made available to players in the past, the situation has drastically changed, with players now educated in such a way that they’re able to make informed decisions about concussions and playing through head injuries.

Accepting that the next concussion could be waiting around the next corner is part of the risks players accept when deciding to play the game, added the All Blacks skipper. With the way in which the game is played right now, and owing to athletes being stronger and bigger than ever before, it’s only natural that the risk of concussion would now be much higher than in the past, said Cane.