All Blacks Chief Steve Tew To Step Down 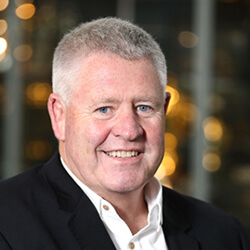 Steve Tew has announced that he will be stepping down from the position of New Zealand Rugby CEO at the end of the 2019 season after a 12-year tenure that saw his team win four World Cup titles along with huge increases in revenues.

Tew, who was first appointed to his role in 2007, completely restructured the NZR into a commercial successive that has helped the national team win the two World Cups and two of the last three titles for the Black Ferns. The CEO is hoping that he will be able to finish his tenure with a fifth World Cup win after the All Blacks head to Japan for an attempt at an unprecedented hat-trick later his year in September.

Talking about his retirement, Tew said that he had always been an advocate for challenging convention, and has worked to keep New Zealand Rugby fresh and exciting while encouraging people to grow. He added that he believes it’s now the right time for someone else to take over leadership of the organisation. Under Tew’s leadership, New Zealand has retained its dominance in the South Pacific while earning silverware throughout the world despite the tough policies on eligibility.

Despite a few exceptions, most players based overseas are unable to play for the All Blacks, but coaching and talent in the country has stemmed player drain almost entirely, allowing the team to maintain a skilled, strong ethos for the last decade.