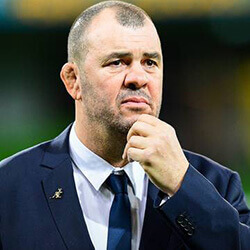 Two former All Blacks players have recently made their beliefs on the Wallabies’ siege mentality at the Rugby World Cup open to the public. Richard Kahui and Andy Ellis, who both participated in New Zealand’s 2011 World Cup victory, believe that coach Michael Cheika has created a negative environment in their camp, which they think will permeate down to the players in the squad.

Talking to reporters, Kahui stated that he sees Cheika and feels for him because he’s obviously under a lot of pressure, not just over the World Cup, but something that has been building over the last few years. HE added that the way that the coach has been talking about referees, it’s likely to start influencing the players of the team.

Ellis believed that the Wallabies had been robbed over the calls made, especially during their recent loss to Wales. Despite this, the former halfback was critical of Cheika’s latest tactic of circling the wagons. He stated that he has heard some language being used, specifically a “them versus us” view, and that it wasn’t healthy in the camp

Wallabies inside centre Matt To’omua has rejected the view, saying that the attitude doesn’t exist despite the antics of his coach. Cheika has challenged a number of rulings against Australia from match officials and the judiciary for the first two rounds of the tournament, and it’s expected that he will continue to keep fighting against future referee choices.