All Blacks Move Into Contingency Mode 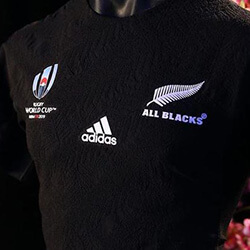 The All Blacks have moved into contingency mode following the cancellation of their final Rugby World Cup pool match. Coach Steve Hansen has applauded World Rugby for making the sensible decision in the face of the massive storm that’s threatening to cause havoc in Japan. World Rugby announced that it would be calling off the team’s Pool B match against Italy that was set to be played in Toyota, along with the pivotal Pool C game between England and France due to Super Typhoon Hagibis.

It marks the first time in history that a Rugby World Cup match has been cancelled. World Rugby announced that they made their decision based on the latest detailed information from the tournament’s independent weather experts. They added that it’s predicted to be the biggest typhoon of the 2019 season, and is likely to cause damage in the Yokohama, Tokyo, and Toyota city areas throughout most of the weekend, which could also see public transport come to a standstill.

The decision has left the All Blacks in something of a vacuum, and they will now be facing an extension to their two week hiatus between their last match against Namibia, and their quarter final that will see them play against the second finisher from Pool A. Along with that, the team remains unsure of when they will be able to move from their Tokyo Bay residence into their inner city Hotel, that was designated for the quarter final week.