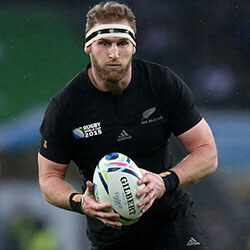 Skipper Kieran Read will be missing the upcoming Rugby Championship Test against Argentina, which has been confirmed by coach Steve Hanson. Read, who had a back operation at the end of last year, returned to Test rugby in August, but was ultimately omitted from the 32-man squad who are travelling to Buenos Aires for the late September event.

He is set to join the team once again for their match against South Africa that is wing held in Pretoria during early October, where the All Blacks will be seeking revenge for their loss against the Springboks in Wellington.

Hensen told reporters that they always had a plan to manage Kieran’s travel this year after his return to the team from his back surgery. He explained that while Kieran will be missing the Argentinian game, he would be back to play against South Africa.

Hansen has since called Vaea Fifita to replace Read for the loose forwards in the upcoming game against Argentina. Lock Brodie Retallick, who was missed during their latest game against the Springboks, will be missing both the Pumas and South African matches as he recovers from his recent shoulder injury.

Jo Moody, Liam Squire, and Dane Coles will also be remaining in New Zealand as they all undergo their respective injury rehabilitation programmes. Star centre Sonny Bill Williams has been put back on the squad after he missed their last game while recovering from tonsillitis.