All Blacks vs Samoa Game To Be Played Behind Closed Doors 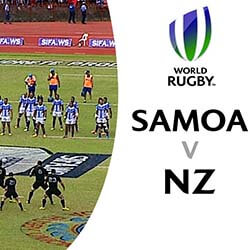 Following a COVID-19 scare, the upcoming game in Wellington where the All Blacks will face off against Samoa will now take place behind closed doors.

The test game will continue as scheduled at Sky Stadium despite a recent scare in the nation’s capital. There will, however, be no fans in the bleachers.

Wellington has moved into level 2 lockdown following the reveal of a COVID-9 positive individual who had visited the city from Australia. The match will follow strict COVID-19 guidelines to ensure the safety of all teams involved.

Level 2 lockdown states that gatherings consisting of more than 100 people are no longer allowed which means the stadium is off-limits for fans. Audiences will still, however, be able to watch the game on Sky Sport via live broadcast. People who had bought tickets for the game will be refunded and ticket holders will be contacted with regards to this.

It is disappointing to not have the fans supporting the teams, however, it is in everyone’s best interest to follow the guidelines. On the positive side of things, the game can still continue despite it all.

This is not the only sports game affected by the latest scare. The Mainland Tactix was set to be hosted by the Central Pulse on Sunday but has been moved to Tuesday, while the Wellington Saints’ game against the Nelson Giants that was supposed to take place on Friday will now take place on Wednesday. Sunday’s Wellington Marathon has also been postponed.