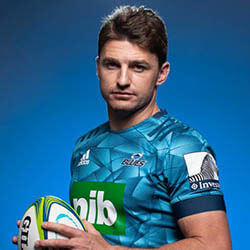 Acclaimed All Blacks fullback Beauden Barrett has fallen prey to an online scam campaign and become the latest in a long line of celebrities with the same complaint. A Facebook advertisement is using his name and image without permission in attempts to get the general public to part with sensitive personal and financial information.

The ad links to a false news article claiming that the player appeared on Mediaworks’ AM-Show, where he told host Duncan Garner that he discovered a loophole that can make people wealthy, transforming anyone into a millionaire in just a few months. But although Barrett has never been on the AM-Show, there is a link between the player, Garner, and the swindle.

In August 2019, Garner himself was a victim of a similar ad campaign using his likeness to promote Bitcoin and luxury cars as part of an intricate span of spam advertisements. He has stated that not only does he have no link to Bitcoin and that the cars featured in the ad are not his, but he has not actually used Facebook in years.

Other than this, Barrett has been doing very well. In the 2019 Rugby Championship for the All Blacks, he started one game at the first five position and two matches at fullback. And even though kicking duties were partially handed over to Richie Mo’unga, Barrett managed to score 20 points across the three games his team played, making him their top point scorer. He managed 10 points vs Argentina, 5 vs South Africa, and 5 vs Australia.