Crunching Numbers For A Recommendation 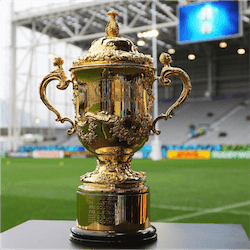 The race is on for those bidding to host the Rugby World Cup in 2023 – and this year will see convention veering from the beaten path. World Rugby has requested an evaluation of bids from the three bidding countries – South Africa, France and Ireland – by two independent bodies in order to make recommendations as to which of the countries are best suited to play host to the event in the most profitable way.

With the Rugby World Cup being World Rugby’s main source of income, the focus will be mainly on the generation of revenue.  With the current economic climate being less than ideal, the decision has been hailed as being the sensible way forward.

New Zealand Rugby Chief Executive Steve Tew has confirmed that New Zealand’s votes would in all likelihood be cast in line with the recommendations made by the independent bodies.  He also said that he suspected that other nations casting votes would be following suit and this was in World Rugby’s best interests.

France has offered World Rugby a cool 30 million pounds over and above the standard 120 million pound price tag in order to stage the tournament in 2023.  When questioned on the motive behind the offer by the media, bid master Claude Atcher responded by saying that allowing France to host the event would aid in the safeguarding of the future of International Rugby.

He went on to explain that the main concern that the country was attempting to address was the attraction of all the top players by domestic leagues in England and France.  He went on to say that it was his contention that in 5 or 10 years’ time all of South Africa, Australia and New Zealand’s top players would be playing for France and England.

And where was the fun in that?

Those in the know have criticized the reasons cited by the French for wanting to host the World Cup as well as the additional offer on the table, saying that the sudden concern for the future of International Rugby may not be completely out of whack, but was certainly a smoke screen for many of the actual reasons – financial gain being at the top of that particular list.

France, South Africa and Ireland will be presenting their respective bids to the independent bodies on September 25th – with the final decision scheduled to be announced on November 15th.