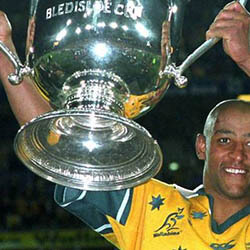 The remaining two Bledisloe Cups are secured to be played in New Zealand once more – this after NZ Prime Minister Jacinda Ardern announced Government’s decision to relax its isolation protocols so as to ensure the Wallabies are able to properly prepare for the first of the two tests, namely the test scheduled for October 10.

Fears existed that the Wallabies could decide to boycott the upcoming double-test series because of concerns over whether or not they would be prevented from thoroughly preparing as a result of New Zealand’s rigid biosecurity regulations. But since the Wallabies will following the PM’s announcement be allowed to train whilst secluded in their NZ-based security bubble, there remains no reason for the Australian team not travelling to New Zealand.

According to Ardern, the number one order of business would be to ensure that both sides get a “fair deal” in terms of who ends up travelling where. The Prime Minister also added that it was the view of Director General of Health Dr Ashley Bloomfield that the Australians coming to New Zealand would not only be possible, but also advisable, because of Australia’s low risk-profile.

New Zealand Rugby will likely have found major solace in the announcement – especially after the recent loss of the Rugby Championship hosting rights.

The recent announcement will make it possible for the Australian side to start training after only 3 days post-arrival in the country. Full-squad training sessions are expected to be permitted to commence after six days.