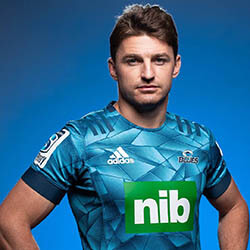 The Blues say they’re feeling confident in their ability to take Beauden Barrett’s 2021 Japan sabbatical sign in their stride. And since Barrett’s four-year deal with New Zealand Rugby, signed late last year, clearly stipulates the option of once-off 12-month period away, the star player’s upcoming absence was even factored into the selections-process for the Super Rugby Aotearoa competition. Forewarned is forearmed, says Blues coach Leon MacDonald.

The team covered its bases in the form of Harry Plummer, Otere Black and Stephen Perofeta. The possibility of temporarily having to make do without Barrett even influenced the team’s decision in terms of holding on to Otes in his current No. 10 position and bringing Beaudy in at fullback.  And since team Blues gets to bank on getting Barrett back in good time for the World Cup, the most important bit has basically taken care of itself.

Not being able to compete financially with a country like Japan is the main driving force behind sabbatical clauses such as the one granted to Barrett. Its as simple a consideration as being part of a new rugby landscape. Time, says MacDonald, is more often than not what players want in return for their loyalty to New Zealand Rugby – time to head out, set themselves up financially, and be free to return worry-free to playing in New Zealand. Which is where most players want to be right off the bat in anyway.

Most guys really want to return to New Zealand before the time comes to retire, says MacDonald. And holding on to those legends matter a great deal to younger players yet to make name in New Zealand rugby.