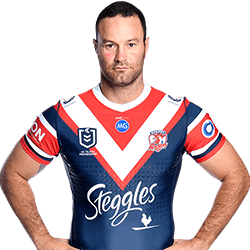 It is with great sadness that we announce the official retirement of Sydney Roosters player Boyd Cordner. He made the emotional announcement on Monday following months of repeated concussions.

Cordner’s retirement will be effective immediately, with his last official game in the professional rugby league during last year’s State of Origin series. It was during this very game that he received a blow to the head that sent him off of the field. For the last six months, he has been battling with his health which has led to his retirement.

This has been a challenging and emotional time for Cordner as he comes to grips with his new reality. An early retirement is something that no rugby player ever imagines, and it is quite a devastating blow for someone at the peak of their career.

He has told reporters that he was and still is, passionate about the sport. He enjoyed training with the team and pushing himself. Unfortunately, while he was able to perform on the field, his home life took a toll. He battled through the sleepless nights and difficulties associated with his head injuries. His passion and reality could not align, and he was forced to make a difficult decision.

Cordner has expressed his gratitude to his coach and team for the time spent together as well as the training and skills development opportunities provided. While this is sad news for rugby league fans, we wish him a speedy recovery.