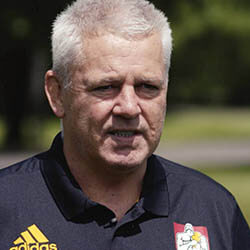 New Zealand referees will have to massively improve if they’re to be recognised or even taken seriously by the international rugby community. So says Chiefs coach Warren Gatland following a flurry of controversial refereeing decisions made against his team.

The Chiefs’ seventh consecutive loss against the Blues last week saw Chiefs and All Blacks midfielder  Anton Lienert-Brown speaking out against what had in his opinion been a refereeing call that made a difference to the eventual outcome of the game. Convinced that Pita Sowakula did in fact score a try under a heap of piled-on bodies, Brown criticized referee Brendon Pickerill for not having as much as even bothered to consult the TMO for clarity. Had the try been granted, Sowakula would have secured a match-winning try.

The midfielder’s comments obviously immediately unleashed a fiery debate over the current quality of Kiwi refereeing – a debate that even went so far as to prompt New Zealand Rugby refs-boss Bryce Lawrence to order players to keep themselves in check and show more respect after a group of clearly-upset and highly frustrated Chiefs players surrounded Pickerill following the seemingly unnecessary loss.

That Gatland has good reason to feel frustrated about the situation is no secret. The Chiefs coach has received several recent apologies from refs resulting from incorrect calls made against his team this season. The fact that Gatland didn’t exactly blame the referees for the recent poor performance of his guys does show character – but it’s at the same time easy to see why he considers local referees far from up to international scratch.