Clarke In No Hurry For All Blacks Return 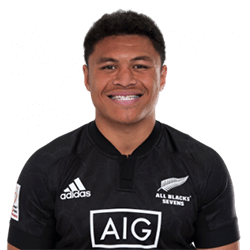 Caleb Clarke’s immediate plans for the future don’t involve re-joining the All Blacks – at least not soon. Instead, he’ll be returning to a 15-man Auckland backline on the weekend, albeit not to play.

Despite having been named as part of the All Blacks Sevens team that won silver in Tokyo, Clarke hasn’t played since June’s Oceania Sevens Challenge in Townsville. And while he did no more than watch his beloved All Blacks hold on to the Bledisloe Cup from his hotel room in Christchurch – and without as much as a single on-field memory from the Olympics – he says he has no regrets about his decision to trade playing nationally for a shot at the Games.

Also, while there have been several conversations with both Ian Foster as well as Blues coach Leon MacDonald, not everything discussed has been about rugby. Instead, Clarke told a prominent media publication this week, much of what was on the discussions table had revolved around his mindset and what the effect of the past couple of weeks has been on him. The idea seems to now have a break around the mental side of the game, as well as to reconnect with friends and family.

Whether Clarke will be given a chance to represent the All Blacks in 2021 remains on the table – but not yet a thing of certainty. And for now, he’s just looking forward to playing 15s rugby again with Auckland and Roger Tuivasa-Sheck in anyway.