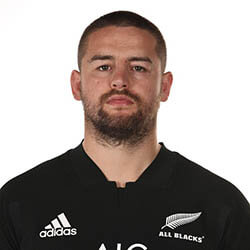 Dane Coles, Hooker for the All Blacks, is taking the likelihood of him and his teammates seeing their wages reduced on the chin. This is in the wake of the coronavirus COVID-19 crisis that has prematurely ended the Super Rugby season, seen the Olympic Games postponed, and brought the global sports industry to a grinding halt.

The alert level in New Zealand increased from Level Two to Level Three on Monday and, as of midnight on Wednesday the 25th of March, is now at Level Four. The tenuous replacement competition for Super Rugby has been placed on an indeterminate hold, putting that much more economic strain on the NZ industry.

Coles was quoted as saying that this pay cut is to be expected and is 100% understandable in light of what’s happening in the country. He said that players may have to prepare for this likelihood, but that nothing has been confirmed as yet. He said that the move would be to assist NZ Rugby and keep it from going under, and that he hoped that players would all do their part.

Talking about the revised domestic Super Rugby scheme, Coles said it was always dependent on the ongoing COVID-19 crisis. He stated that everyone’s enthusiastic about doing something, but that the final word lies with the government and that no sport is worth risking people’s lives for.

Cole said he doesn’t think anything will be happening anytime soon, and added that this is completely understandable. He said that there’s more to life than Rugby and that other things are more important right now.