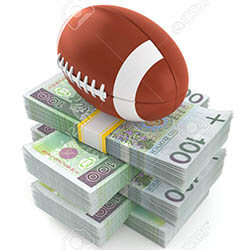 New Zealand Rugby has recently confirmed that approximately NZ$25 million, or 50% of what is left of the forecasted Player Spend for the Association, will be frozen. This is in the wake of the novel coronavirus COVID-19 outbreak that has seen the sports sector brought to a screeching halt the world over.

These pay cuts will apply, for the most part, only to players contracted at the Super Rugby level, like the All Blacks, in the National Sevens programmes, and the Black Ferns. NZR is doing its best to protect players who are on retainers of less than NZ$50 000.

This freeze on spending covers players’ base salaries, assembly payments, and other financial incentives and benefits, along with cutbacks in development activities and player-funded welfare.

Some of the main changes include:

Chief Executive Officer of NZR, Mark Robinson, explained that the goal was to come up with solutions that would work for all their players and ensure that all sectors took an equal hit financially. Rugby Players Association Chief Executive said that when they decided on these cuts they did so with the worst-case-scenario in mind.