Don’t Hold Your Breath For A Hansen Book 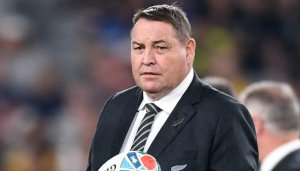 Former All Blacks coach Sir Steve Hansen says he’s not in the least bit interested in “writing a book” about illustrious and eventful rugby career. This is obviously causing quite the upset in sports circles, as Hansen’s refusal to publish a tell-all memoire essentially breaks the proverbial “daisy chain” as far as personal memoires and sports autobiographies go.

Some are even going so far as to suggest that Hansen takes a page from the book (or should we say “books”?) of his predecessor. Sir Graham Henry, what with his having written two books – one after the 2011 World Cup title, and another about his time spent with Whales – is pretty much a case-study in how it “should be done”. Or so say all of them.

And then of course there were John Mitchell, Laurie Mains, and John Hart. All former All Blacks coaches and all willing and able autobiographical spillers of the AB rugby beans.

Hansen, when prodded about whether or not he intended to pen down his memoire for all to read, replied in his typical no-nonsense style that whoever wanted to know his opinion regarding his rugby career, or anything else, was welcome to “look it up”. Or in modernised-Hansen: Google it.

Hansen, after having stepped away from a long association with New Zealand Rugby late last year, joined retired AB captain Kieran Read in coaching top-league Japanese club Toyota Verblitz. He now not only gets to keep connecting with the game, but also has time with his family, revealed a clearly more relaxed Hansen shortly after the 2019 post-World Cup move.