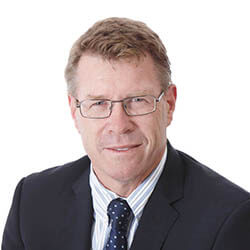 The Wallabies taking the knee in support of the global Black Lives Matter movement is a gesture team captain Nick Farr-Jones says would probably cause Australian viewers to “tune out and switch off” because of not wanting to see politics in sport. Bending the knee in support of the initiative, though honourable, could end up divisive instead of having a positive impact, warned Farr-Jones on a popular sports show episode aired on radio on Thursday morning.

Farr-Jones also voiced his opinion regarding whether or not Australia suffers from the same racial issues and challenges experienced by so many other countries – at present as well as in the past. According to the celebrated captain, if listeners of the sports show were to be surveyed, the majority would likely agree that Australia ha not major issues pertaining to discrimination against people of colour. Since the country has no issues with race, explained Farr-Jones, making a political issue of race has no place in sporting events.

The Australian captain’s views on the matter were shared by Indigenous leader Warren Mundine, who participated in the popular radio show alongside Farr-Jones. He too, felt that taking the knee at sports events would be a stupid move. People are getting “sick and tired” of high-earning sports celebrities telling them how to act and how not to, pointed out Mundine.