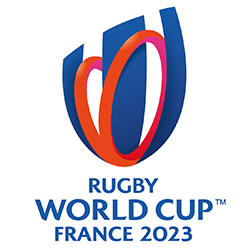 Former England national side coach Sir Clive Woodward says he’s money is on France winning the next Rugby World Cup – the fact that the country as been awarded the 2023 hosting rights to the global event notwithstanding.

Woodward, who coached England to their only Rugby World Cup title ever won in 2003, says he’s been keeping a close eye on the raw playing potential of the French national side, which has led him to believe that the young side is indeed the squad to beat. So much so, that he says he believes beating France regularly – away from Twickenham – will eventually lead to world greatness for the English national side.

France is of course hot off a 38-21 victory scored against Wales in Paris. The young squad this weekend expects to take on Ireland – while England are scheduled to play against wooden-spoon contenders Italy. A Six Nations title is what is potentially on the line this coming weekend.

But, wrote Woodward in a column for a prominent English newspaper, irrespective of whatever the outcome for France this coming weekend, the French side has more than enough time at their disposal for getting fighting-fit for the next Rugby World Cup. The team in its current format is not yet the finished item, said the former rugby coach, and once Shaun Edwards and Fabian Galthie have re-jigged a couple of loose cannons up the front and gotten a grip on general discipline, they’ll be staring down the formidable barrel of a French rugby gun.