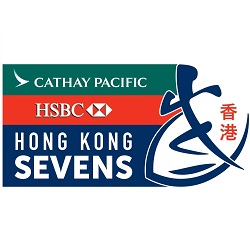 With the Hong Kong Sevens kicking off on the 6th and running until the 8th of April there’s definitely a festival ambience in the city. Over the course of the event 40 teams will battle it out for the winning title, and Fiji is hoping reverently that it will be theirs for the 4th time running.

To promote this exciting event the Hong Kong Tourism Board have gone all out, and have erected a massive 82 foot giant floating rugby ball in the famous Victoria Harbour. It’s the first time ever a marketing stunt like this has been executed and it is already adding to the lively atmosphere.

Hong Kong Tourism Board chairman, Dr Peter Lam has said that they have always aimed to promote diverse travel experiences, and that sport and the Sevens series forms a part of this. He said that Hong Kong holds a vast number of sporting events annually and that the city has become almost iconic in away, welcoming fans in whatever way it possibly can.

The giant floating rugby ball is already proving to be quite the attraction, with many fans and curious onlookers flocking to it, posing in front of it and posting pictures of it on social media All of this serves to amplify the campaign, and ensure that the Hong Kong Tourism Board meets its aim. Additionally, Hong Kong will also be hosting several events around the Sevens series, and concerts, firework displays and live performances have been planned as part of the program.