Hetherington Unsure Of A Warriors Future 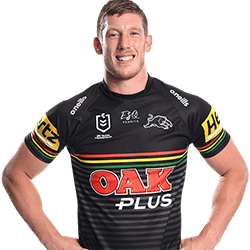 Star prop Jack Hetherington’s head-high tackle that knocked Sea Eagles player Martin Taupau out cold may end up costing him the rest of his season playing for the Warriors.

Having now completed one week of a 4-game suspension, Herrington is on his way back home to his parent club the Penrith Panthers. Whether or not he gets to return to finish his season playing for the Warriors will reportedly depend on how his home team fares in terms of injuries over the next couple of weeks. The powerful player will only be permitted to rejoin the Warriors if the Panthers manage to remain fit and injury-free for the remainder of his suspension period – failing which he will have to stand in and stay put for the rest of the 2020 season.

Given that competing in the finals is beginning to look more and more unlikely for the Warriors, Hetherington would probably prefer to say at the Panthers and possibly go on to win a Premiership. But the same cannot be said of the Warriors regarding Herrington’s possibly permanent departure. He’s after all been one of their strongest players this season, and in fact ever since he first joined the club.

The prop has in the meantime voiced mixed emotions over having to greet his fellow Warriors, saying that he’d greatly enjoyed the experience of playing for the club. Having to leave behind one’s mates (Panthers) after 5 years of playing for the same club, only to suddenly join an altogether different club and scene seemed crazy at first, said Hetherington, but soon turned into an opportunity to create new relationships and forge new friendships.