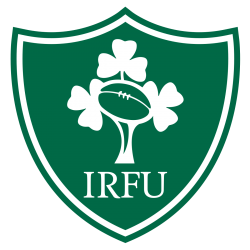 Scrum half John Cooney, prop Finlay Bealham, and fullback Mike Haley have been removed from Ireland’s World Cip team. They have returned to their respective provinces as their Irish colleagues leave for warmer weather training in Portugal. Cooney’s omission will come as a surprise to many following his club from and kicking ability.

Ireland have also said that fly half Joey Carbery is expected to out of the team for between four and six weeks following an ankle injury. The Munster player had sustained the injury during their latest game against Italy, where they won 29-10. If Carbery, who is currently the understudy to Johnny Sexton, requires the entire six weeks to recover from the injury, it would mean him being ruled out of the Irish first World Cup pool against Scotland toward the end of September.

Ireland’s Pool A matches are set to take place against hosts Japan, along with Russia and Samoa, Hooker Rob Herring, who had retired from the game against Italy due to a back spasm, has fully recovered, according to Irish management. There are three recognised number nines that are remaining in the 40 strong squad of Joe Schmidt’s. These include Conor Murray, Kieran Marmion, and Like McGrath, and the final 31-team squad will be announced by the started of September.

Ireland will be taking on England for their second warm up game at Twickenham at the end of August before taking on Wales both for away and home games.