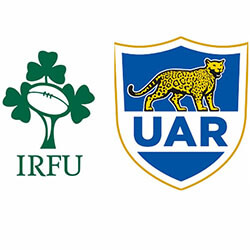 Ireland’s plan for an autumn international clean-sweep has remained intact as the team wins 28-17 over Argentina. Kieran Marmiom and Bundee Aki both fought hard during the first half of the match, but the Six Nations champions struggled to keep the Pumas at bay.

Fly-half Nicolas Sanchez kept the visitors on a tight rope while Bautista Delguy earned one of the best tries at the Aviva Stadium for the night through a third penalty for Sanchez. The 76th minute saw the game move beyond the reach of the Pumas when Johnny Sexton made it five kicks from seven, pushing the team 11 points ahead. Sexton was then replaced by Joey Carbery shortly after.

Bundee Aki, Luke McGrath, and Marmion were Ireland’s point-leaders as the team claimed another victory in their Six Nations campaign. Flanker O’Brien was forced off the field due to an arm injury, while scrumhalf Marmion suffered an injury to his leg, with Robbie Henshaw also battling a hamstring issue.

The lead score for the match switched between the two teams a total of eight times before a 66th minute try by Luke McGrath.

Rory Best told reporters at the end of the match that their team were rusty, but it was mostly due to the team not playing in the same group together for a while before the match.

The Irish team may need to go without British and Irish Lions Test stars O’Brien and Marmion for their next anticipated clash in Ireland against the current world champions, New Zealand.