James Parsons To Retire Due To Concussion 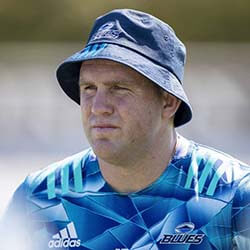 Former All Black James Parsons has announced his retirement from professional rugby due to ongoing concussion symptoms. The former Blues hooker was last year named in the squad for this year’s Super Rugby Aotearoa campaign, but in a recent statement explained that he has made the call to pull the plug on his playing career instead after medical advice prompted him to do so.

Parsons in his statement expressed his thanks to the Blues, New Zealand Rugby, Takapuna club, and North Harbour Rugby, saying that for him, retiring isn’t about sadness or regrets, but instead about celebrating his career and the sport. He said he had been fortunate enough to represent both his home teams over a hundred times each, and that being chosen to do that had been a personal dream come true. He also said that his two tests playing for the All Blacks is an experience he won’t forget for as long as he lives.

The NZ Rugby stalwart is the latest player in growing line to have his professional playing career terminated prematurely by the after-effects of concussion and head injury. He missed the entire Super Rugby Aotearoa run for 2021, and joins the likes of ex-All Black Kane Hames, who in October confirmed that concussion had resulted in an early end to his career as a player.

Parsons will in future focus on a career in television and sports broadcasting.