Johnson To Sit Out Of ‘21 NRL Opening Months 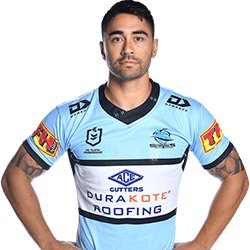 A ruptured Achilles tendon is expected to cause Kiwi star Shaun Johnson to be sidelined for at least the first two months of New Zealand’s 2021 NRL campaign. Johnson last month underwent surgery following a serious injury sustained during the penultimate round of the regular NRL season played between the Sharks and the Roosters.

The anticipated away-time of at least nine months is obviously a massive blow for player and team, with Johnson having played a perfectly consistent season leading up to the unfortunate injury. What’s more, he was a leading factor in Cronulla qualifying for the finals in the first place. In only 16 games played, he managed to lead the competition with a phenomenal 23 try assists.

Johnson will return home to spend time with his family in New Zealand before departing for Australia for the new pre-season starting November 25.

A double-whammy for the Sharks is that Johnson won’t be the only leading man spending an extended period of time recovering on the sidelines. Star prop Royce Hunt’s ruptured patella – weirdly sustained in the same game as the one that saw Johnson make his forced exit – will likely see him (Hunt) benched for the exact same period of time as his fellow Cronullan.

A third blow, though not quite as devastating in terms of timespan, is that of a shoulder injury sustained by second-rower Siosifa Talakai. Recent surgery will probably see him sitting out of at least the first few rounds of the 2021 NRL season.