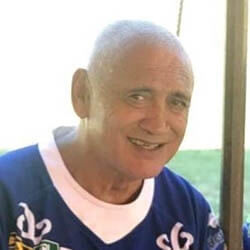 Legendary New Zealand rugby league player John Whittaker’s family has confirmed that he’s been diagnosed with stage-four tongue cancer. The legendary Whittaker, now 70 years old, is considered one of the greatest players ever to have played for Wellington.

Whittaker, who is a father to two grown children and a grandfather of four, has apparently already started a course of chemo, which will in all likelihood have to be followed with a course of radiation treatment. The cancer has also managed to spread to Whittaker’s liver, prostate and lymph nodes.

Described by daughter Tania as, for the moment at least, stable, Whittaker is however said to be experiencing severe bouts of nerve pain that must now be controlled with strong medication. Tania also confirmed that her father has now completed two chemotherapy cycles and that thankfully, he hasn’t experienced any major or disruptive side-effects. Tania also described her dad as coherent and still very mobile.

Tania says it’s her dream to be able to accompany her father to just one more NRL game. She described this as a wish of her dad also, and in particular to be able to attend a game with his daughters and grandchildren by his side.

Whittaker during his illustrious career earned an incredible 73 caps for Wellington and 26 of the same for the Kiwis. Often referred to as the “Sonny Bill Williams of the 1970s”, brother Andre describes John as a true icon not only at club level, but also internationally.