Lions Up Against Crusaders In Finals 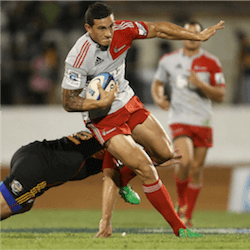 The Hurricanes have pledged their support to the Lions ahead of the Super Rugby finals to be played in Johannesburg, South Africa.  The finals will be the Lions’ very first Super Rugby title, should they be successful at beating their opposition.  The Hurricanes are well aware of the gusto required to beat the Crusaders – they are, after all, the first side to have done so in the 2017 competition season.

This bodes well for the Lions – having all but stomped the New Zealand team into the ground on July 29, tallying up a 44-29 win.  The Lions enjoy the undiluted support of both coach and captain, with captain Dane Coles adding that the Lions will be playing a finals game on home turf– and that it probably did not get any more incentivising than that.  He also went on to say that the Lions certainly deserved a finals victory on home turf.

Lions coach Johan Ackermann has named his side to face the mammoth task at hand at the Ellis Park stadium on the August 5.  The team structure will remain exactly as it was for the game against the Hurricanes.

The finals will be the last game under the leadership of Ackermann.  He will be heading off to England shortly after.  All the more reason for the Lions to pull a rabbit from the hat and make it a grand farewell.

Ackermann has announced that his team would be adopting an aggressive strategy in their bid to take home the title – much like the one employed against the Hurricanes – no doubt hoping to replicate the success.  Ackermann went on to say that he believed that it was the Lions’ go-getter attitude as well as their relentless commitment to the game that would secure a win in the finals.

The Bookmakers Beg To Differ

The Lions may be the Hurricane’s favourites to take the finals but the bookmakers are dancing to a different tune.  This perhaps partly due to the fact that a finals victory by the Lions will see them becoming only the second South African side to win the Super Rugby Tournament since its origins in 1996.

Bookies have installed the Crusaders as very narrow 4/5 favourites.

Whether the bookies have taken into account home field advantage and the possibility of severe jet lag, is anyone’s guess.