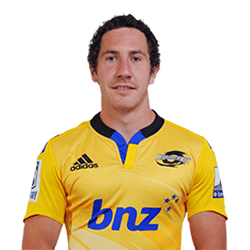 New Zealand rugby legend Marty Banks during a recent tell-all via sports platform “After the Whistle” revealed shocking details surrounding his 2011 five-month stunt playing for Russian rugby club Krasny Yar. He shook hands with the Russian mafia, revealed Banks, a time he will forever remember as the makings of an incident that saw him hauling around $30k in a sports bag –  whilst wondering all throughout whether his body would ultimately end up being dumped for the sack of cash. Playing for the Siberia-based club, says the colourful Kiwi character, was a lot like starring in a “gangster” movie.

Even now, after having shared with sports fans his Russia story, Banks says cannot help but wonder whether he’s perhaps shared too much. The only thing left doing now, explained the former Highlanders fly-half, is to hope not to hear any future knocks on the door.

But Banks could not resist adding, given the opportunity to do “it” all over again, he would do so without as much as a second thought. Though dodgy as heck, the experience was at the same time also a whole lot of fun.

The rugby legend was but a 20-year-old youngster when he first headed for Russia. And according to Banks, he almost immediately after his arrival realised that his new team had more ties with the Russian mob and with organised crime than it did actual players. Having been told that players’ salaries were being covered from the proceeds of the selling of firewood, Banks said everybody knew that the money was in reality coming from a much more “colourful” source of income.