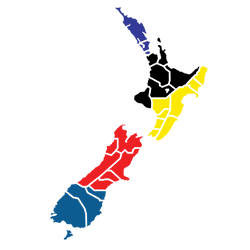 Sporting competitions for New Zealand will be facing entirely new challenges following announcement made by the Government in regard to border control. Chris Hipkins, who is the COVID-19 Response Minister, announced to the public that all citizens of New Zealand along with residents coming from Australia will be able to bypass MIQ from the start of January next year, but will still need to isolate for a total of seven days once at home. Along with this, Hipkins said that all Kiwis that have been fully vaccinated will be able to travel from all other countries from mid-February.

While many have seen this as a good thing for the halt of COVID-19 around New Zealand, it also means that rugby teams might potentially not be able to take part in the upcoming Super Rugby Pacific, which is set to launch its first, inaugural season, unless it is based in just one country. This will create a multitude of problems for New Zealand Rugby as it attempts to get the new competition going, which has already announced that Super Rugby Pacific round two will see a total of 12 teams play double headers for three days between the 25th and 27th of February.

Grant Robertson, Minister for Sport, has stated that there are currently no exemptions for sports teams in terms of the new isolation rules. He added that although he does want the Super Rugby event to go ahead, they have no choice but to abide by the new rules put in place by the health department.