No Use Sulking Says Hurricanes Hooker 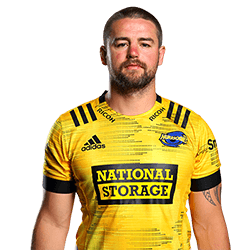 Dane Coles says there’s no cause to be made for crying over spilt milk and that what the Hurricanes really need right now is an honest approach – from players as well as coaches. The Hurricanes hooker recently commented on a disappointing Super Rugby Aotearoa campaign that saw the franchise win only a single game out of the five played so far, with the latest Saturday’s 27-17 loss to the Blues at Eden Park.

It’s the sort of disappointing performance that has the TAB positioning the club at $46 for the likelihood of reaching the final. To make it to the Super Rugby Aotearoa final, the Hurricanes would have to win all three their remaining games – and do so in convincing fashion. The team will have to be honest about their dismal performance once they reconvene on Tuesday, said the star hooker – and face the music of a poor show of rugby that all comes down to not only the group, but also the individual players.

Sulking over games lost and poor play isn’t going to fix anything, said Coles on Saturday, and being sluggish and whining about it won’t solve the club’s current problems.

Coles did however add that the team wasn’t about to simply just give up, but that there existed the realisation among the players that there still existed the possibility of a strong finish. The most important thing on every player’s agenda right now is to properly prepare for facing the Crusaders, he said.