NZ Foster Geared Up for Match Against Ireland 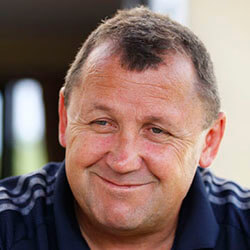 New Zealand’s national Rugby team is not to be feared for nothing. They’re chasing what will be their fourth World Cup title as they get ready for their quarter-final against Ireland. They’ve got several things going for them, most notably their vast experience in the tournament and fearlessness thanks to their formidable reputation.

On paper, Ireland is in with more than just a good chance of winning. Joe Schmidt, their coach, is from New Zealand and has created a very settled team. Conor Murray and Johnny Sexton will be starting their 56th Test on the same team, and 12 members of the squad started their Rugby journeys in the game in which the All Blacks trounced them in Dublin a year ago.

But the All Blacks were very quick to develop their game after their Dublin loss, and Ireland has simply stood still. They’ve lost twice to England since then, and once each to Japan and Wales. It must be taken into account that when the New Zealand team appear on the Tokyo Stadium field on Saturday, it will feature nine positional changes from the last time they faced the Irish.

Ian Foster, Assistant Coach for the All Blacks, stated that the partnership of Richie Mo’unga and Beauden Barrett reveals a completely new attacking structure for the team. Foster ominously went on to say that his team made sure to remember their losses very cleary to learn from what went wrong and move forward successfully.